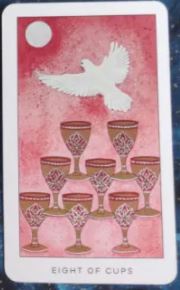 The eight of cups challenge this week hit a little close to home.  The challenge was to decide what I would take with me if I had to flee a burning house.  Unfortunately, one of my fellow City Dog owners posted on the board about coming home to find her home filled with smoke and soot.  She managed to rescue her dog, Otis, and two fosters, but Otis suffered severe smoke inhalation and died three days later.  She said that he waited for her to come and say goodbye.

My heart was broken after reading that story.  It is hard enough to say goodbye to a pet when they have had a good life and a decision is made to say goodbye and let them go.  However, puppers should not die this way.  I've been pondering this question ever since I saw her post and having the prompt on it just made me think a little harder.

I love my house and most of the things in it have been curated to bring me joy and most things have memories associated with them.  However, if I had to choose what stays and what goes, it's a pretty easy decision. 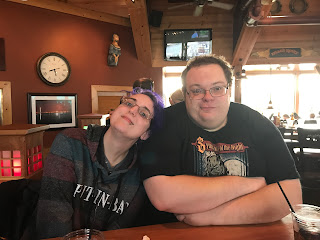 My funny and smart firstborn Sean comes with me.  He works so hard and has such a good heart.  There are days when he drives me nuts and he has a bit of a temper, but I treasure the boy.  He was so funny the other day as he did an interpretive dance to "Clark the Shark."  The first time he did it, I was stunned as that is not his usual style.  The second time he took my phone away so I couldn't fill him.  He was filled with such love and joy.  And he takes such good care of the dogs, he gets grump with Da Wen, but he loves her.

My brave, strong and courageous girl is also coming with me.  Cam is such an inspiration as she has been dealt some rough blows by life, but she just keeps getting up.  She has gotten stronger and tougher, but she has never lost her soft heart.  She has just learned how to shield when she needs to.  I find it so interesting that she is working as a tutor even though she says she hates kids.  However, she says she likes her job, so who am I to argue. 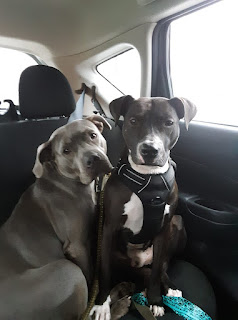 Wendy is definately coming with me as she is my heart.  I never knew that I could love a dog as much
as I love her.  She is sweet, funny, bossy, and opinionated.  She has a lot of really bad traits such as barking at people, being a bed hog, and getting into things she shouldn't get into.  However,  she shares a lot of those not so positive traits with me and knowing that I love her in spite of those traits helps me to love myself.

Then there is Clark.  He is actually a lot sweeter than Wendy and he is a true cuddlebug.  He has a truly outsize personality and I will forever be grateful to him for saving Cam after her assault.  We got Clark 10 days after it happened and Clark saved her in ways that I don't think anyone else could have.  He was always there for her, he snuggled her, loved her, and made her feel safe.

I will also take my memories with me, but I'm realizing that I don't need pictures and stuff to have memories.

- March 12, 2022
Email ThisBlogThis!Share to TwitterShare to FacebookShare to Pinterest