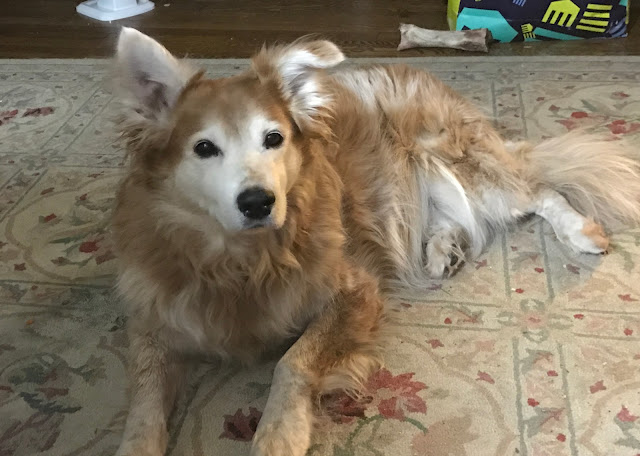 Our fearless wrangler for this Blog Hop is Joy Vernon and she has given us an assignment to create tarot cards out of junk mail.   We were asked to choose anything that comes through our mail slot, scan the images, add a border and title, and explain why we chose the image and how it reminds us of a tarot card.

I decided to take this exercise one step further and before I set out to find my images, I set my intention to receive whatever message the universe had for me.  Although I wasn't consciously thinking of Luke, pictured above,  the messages I received were clearly from him from the first card to the last. 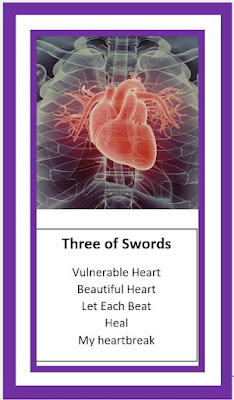 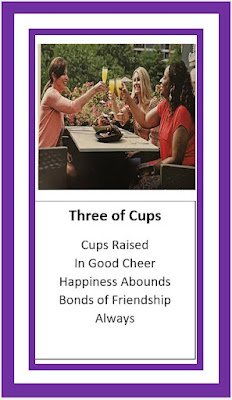 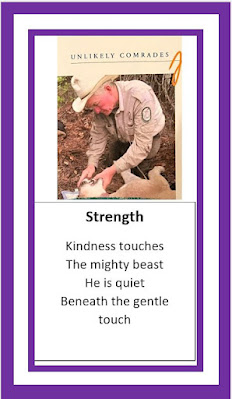 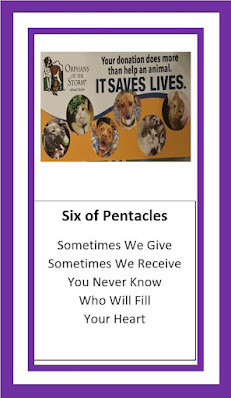 As I was sorting through all the junk in my recycle bin, I came across a mailer from Orphans of the Storm, which is the shelter where we adopted Luke from 15 years ago.  I'm not even sure how we are still on their mailing list as we've moved several times since we adopted him.  It was was interesting that this showed up today because as I said above, it was five years ago today (July 30th) that Luke died.
The six of pentacles is about giving and receiving and when you adopt an animal, you are saving their life, but they give so much more than take.  All of the dogs I've had in my life have helped me be a better human being and the love they give is the most unconditional love in the world. Loving a dog is amazing, but it is also hard because you know that one day they are going to leave and break your heart into pieces.
As I write this, I realize this post has come full circle because losing Luke was definately a three of swords experience, but having Luke in my life taught me to love deeper and to know that there is still love after heartbreak.  Luke is still in my heart, but he broke my heart so wide open that there was room for more love.  Four months after he passed, we adopted Clark (the black dog below) and a year later we adopted Wendy.
Although there aren't any coins in the picture below, this card is a good representation of six of coins energy because I was eating when the picture was taken and they were clearly expecting me to give some of my food to them so they could very graciously receive it. 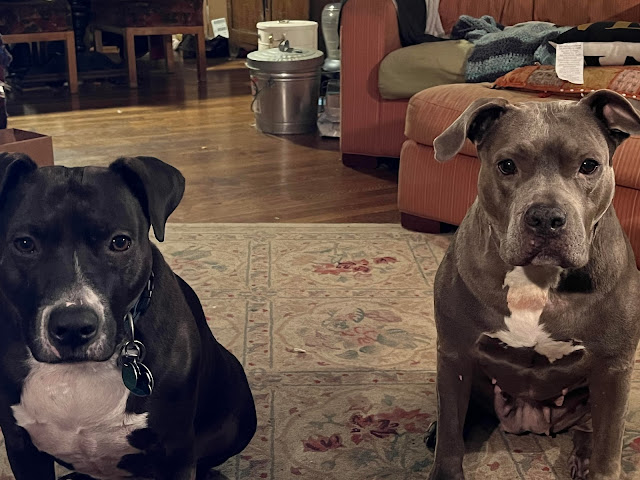 Previous | Master | Next
- August 01, 2022
Email ThisBlogThis!Share to TwitterShare to FacebookShare to Pinterest